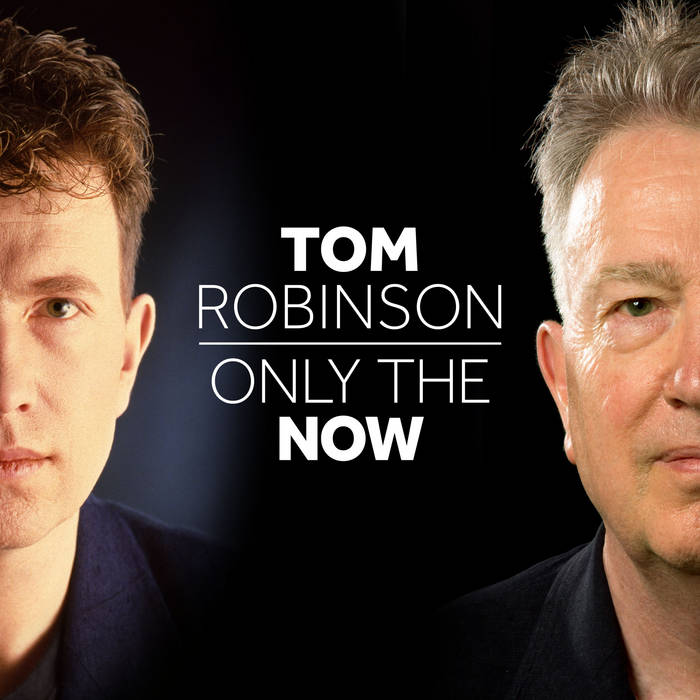 Steve Lawson What an extraordinary album. Tom's voice sounds wiser but no less angry than before, the compositions are deep and wide, and the lyrics will feed you for years to come. LOVE this. Favorite track: Don't Jump, Don't Fall.

My songwriting career was unexpectedly kickstarted in 1976 by composing a protest song called Sing If You're Glad To Be Gay. It passed through a couple of Top Ten hits (2-4-6-8 Motorway and War Baby) and coasted to a close two decades later with an album appropriately called Having It Both Ways. Subsequently immersed in family life and radio work, I never stopped writing songs - this album's been almost 20 years in the making. It only got made at all thanks to three people in particular: my wonderful wife, my wonderful producer Gerry and my wonderful publisher Ian Ramage - who's kindly agreed to write these sleeve notes...
Tom Robinson

While many have recoiled from this revolution, screaming their dissent, one musician who embraces its wild exhilaration is Tom Robinson. Inspired by the proliferation of creativity in this connected world, Tom has founded his record on classic songwriting skills, realised in the vitality of the moment. The eclectic spread of influences and collaborations here are united by a simple honesty: he means it!

Hence the logic of marrying Sir Ian McKellen’s unmistakeable tones with rapper Swami Baracus on Holy Smoke; or the passion of Billy Bragg’s rant on The Mighty Sword of Justice, alongside John Grant’s soulful guest vocal on Cry Out.

And the sound of this record itself demands attention: producer Gerry Diver has conjured an astonishing sonic spectrum from his modest South London studio, giving the whole album an oddly magical coherence. These new adventures of Tom & Gerry present an utterly compelling listener experience.

As the musical environment continues to evolve - and showbiz moguls jockey for position in a constantly changing world - why should we mourn the past, or fret in fear at what lies ahead? Why not embrace the one thing that really matters: Only The Now.

The Hammer and The Relentless from the Boston band Malleus stop by for a chat.