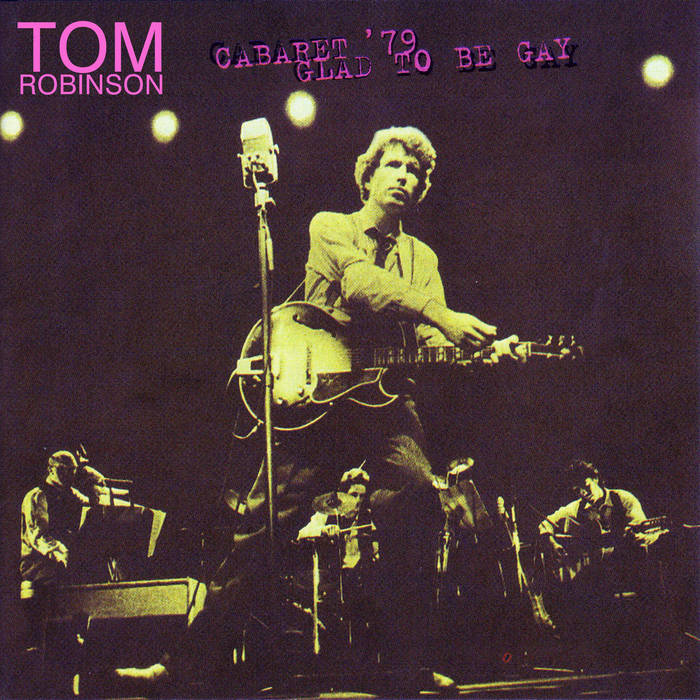 And in 1979 it did; an achingly nostalgic East End world of bombsites and day trips to Southend which had already disappeared. Now, another 20 years along the line, 1967 is in exactly the same place, but 1979 has joined it on the sepia shelf. It's one of those trick tracking shots from a camera which remind us, as we get older, that what we thought were our personal memories are in fact history.

So, a bit of history. 1979 was a cusp year for gay people in the UK: the liberation movement that had started with the Stonewall Riots in America in 1969 - and Gay Liberation Front in Britain soon after - had snowballed to the extent that it had built up its own momentum without having actually achieved any significant reforms. By 1979 our paper, Gay News, was selling 25,000 copies a fortnight; we were shortly to have our very own (and wonderful) ITV magazine series, Gay Life; and Greater London Arts had given £1,000 for a gay arts festival.

The result of this was a Gay Pride March the like of which no-one had ever seen in this country. 10,000 dykes and faggots flaunted themselves from Charing Cross to Hyde Park. Not many by today's Pride standards, but looking along Piccadilly that afternoon and seeing nothing but happy perverts in either direction was one of those empowering moments you draw on in times of trouble for the rest of your life.

Afterwards there was a rally in Hyde Park, hemmed in by ludicrously large numbers of police and compered by T. Robinson. He thanked the lesbian and gay members of the Force for turning out in such large numbers to support the cause. We laughed. They blushed. We relaxed. Power again, you see.

Then there was Polly Perkins - the biggest openly lesbian entertainer this country had produced up to then and very popular on the pub circuit. She sang "I'm a Superdyke" in spangly hotpants and - in protest at her pandering to male fantasies - was dragged off the stage by some of the people you hear on the track "Stand Together" on this album. That's the kind of folk we were then. No respect, no empathy.

And that's the kind of situation in which Tom Robinson set up Cabaret 79. It was a personal venture in all respects. Having put up - and lost - a lot of money to subsidise Pride that year, he also staged a week's performances at a 500 seater West End venue. He showcased gay material for which he didn't have an outlet elsewhere. He brought in jazz musicians - though it has to be said that he didn't use them to their full potential.

He put himself on the line with a solo set to open the programme, looking for a rapport with his queer audience, daring them to accuse him of selling out, or to find the material "right off". He flirted with us, flattered us, challenged us. Only when he'd got us more or less tamed did the band come on. And by the end we felt the kind of affirmation you only get at maybe a dozen concerts in your life if your lucky. Sure, it was time and place, but it was also the words and the music.

Listening to "Coldharbour Lane", we recognised the success of scoring, the gloom of rejection, in "the upstairs room on the right"; we knew that fresh-faced teacher in the big leather coat, that dance hall crowded with guys. And all wrapped up in the most glorious boozy cruisy blues tune.

"Coldharbour Lane" is a chanson, not a song. The difference is that a song tries to be general and universal, where a chanson is precise, particular, offering a character, a situation and a story. At its best - as here - a chanson is a play sung in three minutes.

I've always thought of Tom as a chansonnier; one of his strengths as a performer has been the ability to characterise his songs so accurately. He should have a crack at more music theatre - or even, if you'll pardon the expression, straight acting. On this album he has the chance to go over the top on "Mad About the Boy" but there are other, more subtle characterisations as well.

Aside from "Coldharbour Lane" there is "1967", full of accurate nostalgia and culminating in the terrifying fear (at 23) of growing old. "Truce" is a brilliant example of 'Only Connect' - the First World War soldiers' pact reflecting the uneasy settlement all misfits make with their parents over Christmas. Even more pertinent in these backlash laddish days, Barbie Norden's "Pub Hassle" wickedly captures the tones of all intrusive male drunks on female get-togethers, while Lewis Furey's "Closing a Door" survives as a desolate anthem to self- sufficiency. All these songs prove that Tom Robinson is a great singer-actor, which is the best kind of singer to be.

Then there are the lovesongs. They evoke a lost gay scene of furtiveness, stereotypes and self-oppression unimaginable to today's confident young readers of Boyz - no coincidence that our club was The Masquerade. This was a world of "suckers and chickens" in an Earls Court where Tom started out performing at the Troubadour cafe - an area where you picked up red-headed lecherous angels who drove you off on Kawasaki Z900s to Max's cafe - if you were lucky. Here you'll also find a man with Sartorial Eloquence, Sweet Steven and Pretty Boy Peter.

These too are chansons, if only because a man writing a love song to another man remains a precise and particular act, unlike the song to "you" or the diva singing of The Man That Got Away. At the time these songs were written and performed, they were an affirmation for us; we needed to see ourselves on stage with a hunger which no longer applies.

What have I left out ? Oh yes - "Stand Together" - an embarassment even in the show for which it was written. In Cabaret 79 (the show) it was a tedious interlude which took hours to get on stage and appealed only to Rabbit's Friends and Relations. We knew it had to be there to appease Gaia, but couldn't say we enjoyed it. Skip.

"Glad to Be Gay" is the albatross which hangs around Tom's neck - the song which everyone feels is theirs, defining and trapping a generation. For years he kept adding verses as a running commentary on the times, as did others, with varying degrees of success. So the song continues to be the song of those lesbians and gay men with any kind of political awareness. It remains such a classic because of that quality, rare in protest movements, irony: the cheerful anthem of the chorus jarring with the increasingly bitter catalogue of oppression in the verses. Included here is a 1997 version with a new last verse referring to Tom's own home life, which I have to say I find jarring. This song has always been a public song, not a private one. I say let it go, Tom - it's not yours any more. It's that good.

"Mad About the Boy" - an encore which was splendidly, publicly liberating. Noel Coward had tentatively come out at the end of his life in "Song at Twilight". Everybody knew he was queer - queens had been performing or parodying the song in private for forty years - and there were rumours of a fourth, gay, verse somewhere. Yet the Coward estate was a large prickly beast which refused to allow male performance of Sir Noel's supposedly female songs. I don't know how Tom cleared the rights, or even if he did, but he got away with something others had tried for years. At the end of a marathon concert he launched himself into character with gusto and wrecked what was left of his voice. We didn't care. He wore a brocade dressing gown too.

That dressing gown also seemed a farewell to Punk. Tom had always been ambiguous about it, although he'd been marketed on the same bandwagon. The blazer, and tie at half-mast, were meant to signify dangerous illegal adolescent sexuality, but compared with self-mutilation it was tame stuff. Yet for all Punk's in-yer-face antics, precious little about it was genuinely sexually challenging. Tom was the man who put the S onto punk.

But he also had other stories to tell, more complicated stories which led elsewhere. Over the years since, the songs have got longer, more fragmented, more allusive and elusive - which is maybe just another way of saying we've grown older. Unusually for middle aged pop stars, his politics haven't moved to The Right for tax purposes, and there's been a pretty much continuous development right up to "Having it Both Ways" in 1996.

Nevertheless this remains his definitive album where art, politics and feelings came together in a uniquely direct and moving way.

With special thanks to Noel Greig, Jill Posener and Barbara Norden.
This release digitally remastered by Jay Burnett at NODE recording, London 1997 with the addition of *bonus tracks 13-16

The Deviant Wreckords Women's Voice Choir appear on "Stand Together"